Exposure 2016 saw communities from all over South Australia travel to Port Augusta earlier this month to join with locals and talk nuclear waste. More than 100 people joined Conservation SA Community Organiser Cat Beaton and Irati Wanti campaigner Clare Brown to engage in sessions and workshops, share ideas and a yarn, and to work together for future action against state and federal governments' plans to build nuclear waste dumps in SA.

Exposure 2016 opened on the Friday night with Talking Straight Out, images and insights from the Irati Wanti campaign that stopped a nuclear waste dump being built in SA more than a decade ago.

'This exhibition showcases the passion and resilience of the Kupa Piti Kungka Tjuta, who fought tirelessly against the government and won,' said Clare Brown, Irati Wanti campaigner and co-curator of Talking Straight Out. 'With the current waste dump threats it is even more important to get their story out, to give people strength and inspiration.' 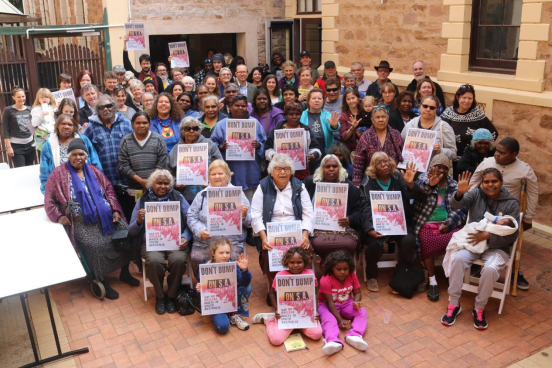 Amid confusion around the two proposed waste dumps, Exposure 2016 offered a clear explanation of the two separate proposals: exposing major inconsistencies in government information and offering fact based evidence from medical, cultural and scientific experts.

The threat of an international high level nuclear waste dump was explored in depth as the SA government continues its plan to import 138,000 tonnes of high level nuclear waste and 390,000 cubic metres of intermediate level waste to the shores of South Australia. There is no site selected for this waste and the government is in the middle of a ‘consultation’ road show covering close to 100 towns and communities across SA. 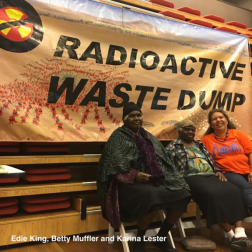 Many people attending the expo had questions about what the plans might look like and where an international waste dump might be located. Craig Wilkins, Conservation SA’s Chief Executive, highlighted many flaws in the government’s plan and warned that the risks far outweigh the benefits. 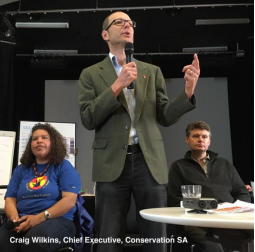 Mr Wilkins explained that the plan would see a ship carrying nuclear waste would arrive every three to four weeks somewhere along the SA coast, and be stockpiled above ground 10-15 kilometres from the coast for up to 70 years. Even more concerning, the waste would arrive on our soil even before the site for the underground waste repository was finalised, let alone built.'Once nuclear waste comes to Australia there is no going back,' he said. 'This is a forever decision. There is a fundamental fatal flaw at the heart of the Royal Commission’s plans: we can try for maximum safety, or we can try to make a profit, but we can’t do both. As a proud state, the risks to our economy, our environment, our reputation and our people are simply too great.'Breaking down the economics of a high level waste dump was Mark Ogge, Principal Adviser at the Australia Institute, authors of the recent Digging for Answers report. This report was a critical analysis of the economics of the Royal Commission’s plan to import high level nuclear waste.'The plan for a nuclear waste dump in South Australia is designed to help the global nuclear industry secure lower cost finance but it is of no benefit to South Australia,' said Mr Ogge. 'It would unreasonably require SA to take on a huge risk and liability.' 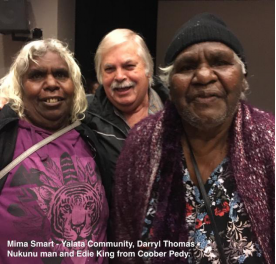 Elders and family travelled across from Yalata community on the far west coast and down from Coober Pedy to join in discussions and share stories from the British atomic bomb tests that happened on their lands in the 1950s and '60s.Mima Smart from Yalata spoke out at Exposure 2016: 'When bombs dropped on our land we had no rights. Now we have rights - we speak strong. No nuke dump.'Edie Nyimpula King, who along with other Coober Pedy women performed Inma – traditional dance and song – said, 'We sing Inma against the irati – the poison. We sing to protect the country. Irati Wanti – the poison, leave it.”On Sunday there was a session that focused solely on the national waste dump proposal that threatens Barndioota/Wallerberdina region in the Flinders Ranges. Flinders Local Action Group, which includes Adnyamathanha Traditional Owners, farmers, business owners and other concerned locals, ran a session that showcased the strong opposition around this proposal. 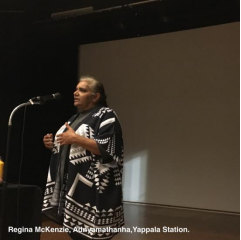 Adnyamathanha Traditional Owner Regina McKenzie site said, 'We don’t want that waste dump coming to our land. How can our women still sing our songs to our children when we have poison on our land? We will continue this fight and we are not alone.' 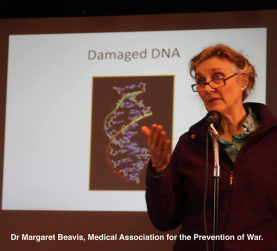 ‘At the Flinders Ranges site a false link with nuclear medicine has been used to put pressure on communities and much of the information has been incorrect or incomplete,’ said Dr Beavis. ‘Genuine community consultation and consent demands that you have to provide accurate information.’

Exposure 2016 also offered a range of community activities, including workshops on media tips and talking to members of parliament, painting a community banner, and contributing to a video to be send to SA Premier Jay Weatherill. Participants also viewed a Repower Port Augusta community engagement display and attended Enice Marsh’s fascinating presentation on poisoned foods and plant life.

The evening shindig proved a huge success. There were some beautiful melodies from Desert Voices, and local dance group Dusty Feet Mob performed songs about protection of country. The Yalata mob got up with Johnny Lovett to sing about Maralinga, there was foot tapping with Andy Killcross, and the women from Coober Pedy finished the night with Inma – traditional dance and song. 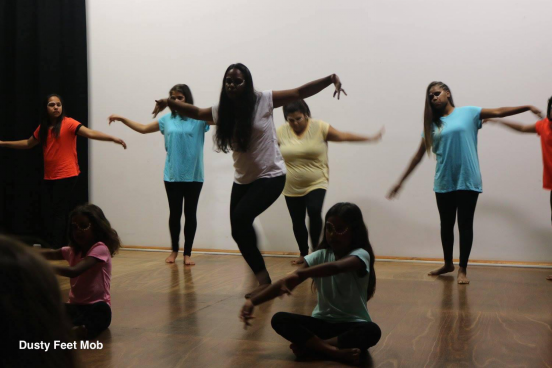 People left Exposure 2016 informed and inspired. Already there is community collaboration focussing on bringing Exposure-type events to other regional areas in the near future.A grassroots event like this cannot happen without support from individuals and organisations, and the organisers offer their thanks to all who contributed, including the Sisters of St Josephs, Conservation Council SA, Country Arts SA, Yalata Aged Care, Coober Pedy Aged Care, JM Deli, APEX Club of Port Augusta, contributors to the Chuffed online fundraiser and Saturday night performers for their financial and in-kind support.An extra special thumbs up to Amanda and the kitchen crew (no event is successful without a good feed), Sam Yates (organiser extraordinaire) and Robyn and Rich (who were on-the-ground legends the whole weekend).Congratulations to organisers Cat Beaton and Clare Brown on their success in bringing this issue to the people it affects most.Check out the Facebook photo album or sign the petition to Say No to Nuclear in SA.