This month we say farewell (but not goodbye!) to one of Conservation SA's best-loved and longest-serving staff members, Alex Gaut. We spent five minutes with Alex to talk about her love of nature, the conservation legends who inspire her and the next exciting step in her formidable career. 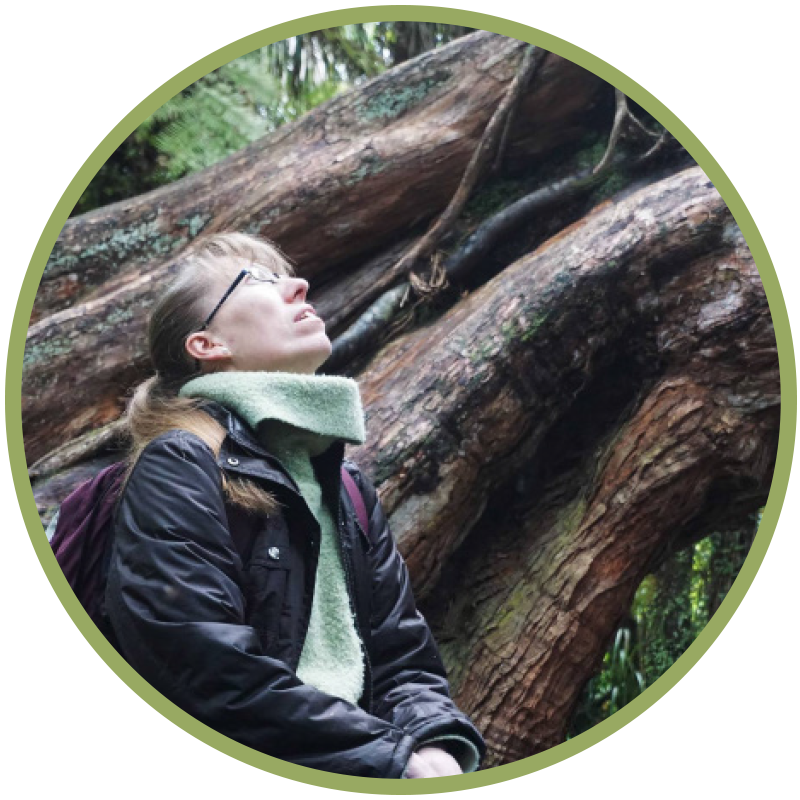 What do you love most about nature?

It's changed and grown over time. It used to be its general outrageous, bizarre, beautiful, awe-filled amazingness! But now it's that, plus all the new things I have learned about: I want to say the relationship of humans with nature, but that denies that we are essentially a part of the Earth community. So it's what I've learned about humans as part of nature, and the benefits we receive in natural spaces beyond using bits of it as a resource.

I have read and read and read about this, and it makes me think that nature is an optimal space for humans, which makes sense in an evolutionary context. We're still 2 million year old human bodies that haven't had a chance to adapt to living in the artificial environments that we've created, which can make us sick. Not that there aren't advantages to some of the advances that we've made in health, education, and in other areas, it's just that our physiology hasn't adapted and when we move into a green space, even within five minutes the brain starts to change for the better.

Nature is our way to health and happiness for both people and planet.

Who is your environment hero?

There can't possibly be just one but David Attenborough probably tops the list as he (via his TV shows) was highly influential in my upbringing. I'm going to be heartbroken when he dies.

But right up there I also have to put Sylvia Earle, the sea goddess: marine biologist turned ocean ambassador extraordinaire via the Blue Mission organisation, which is creating 'Hope Spots' around the world's oceans.

I'm also inspired by a bundle of women who are extraordinary in so many ways and have integrity, passion and influence. They remind me to be brave.

What do you consider your greatest achievement?

Despite all the marine work we did over many years, I think the thing I'm most proud of was acquiring South Australia's first TrailRider. I can't believe it took us to the 21st century to figure out a way to give disabled people the ability get into the wilderness.

The TrailRider is just one of a plethora of new wheelchair designs that enable disabled people to go 'off-road' - and there's even some just for the beach and even for the ocean! It's a great leap forward but the downside to this achievement was that we still haven't been able to get some one-off funding to enable a staff member to design a volunteer training program for the 'sherpas' who assist the passenger by pulling and pushing them wherever they wish to go.

It's such a no-brainer - we just need to set up the volunteer training to create a pool of trained sherpas and create a booking system so that the TrailRider can be hired for FREE, and then the program pretty much runs itself after that!

What is your favourite quote?

“I went to the woods because I wished to live deliberately, to front only the essential facts of life, and see if I could not learn what it had to teach, and not, when I came to die, discover that I had not lived." Henry David Thoreau

What's next for you?

I've been working on developing an initiative called Nature & Wellbeing Australia. I'm working with two inspirational women and together we have formed a small collective to provide a range of nature connection activities including forest bathing for the public, for businesses, and for those who really need it, retreats, nature connection for events, and we hope to do some consulting too. I'm still keen to get back to my Masters Research in environmental psychology, which is deeply connected to all of this work, and means we can provide work that is evidence-based.

The Nature & Wellbeing initiative is still sort of attached to ConservationSA at the moment, which has advantages for everyone. We look forward to growing this work over time and have plans afoot - we're all so excited it's kind of ridiculous! If you want to contact us to know more, or even invite us to partner at an event you're holding, or perhaps we can do some consulting for you, you can get hold of us via this email: [email protected]