The series of events across the Basin are providing a chance for community members to unite, connect and speak out so our rivers and our communities can thrive.

Healthy Rivers Roadshow attendees can hear from River Fellows and local community members, including river management experts, bird lovers, traditional owners, irrigators, pastoralists and artists. They can pick up information about how to get involved in standing up for the river, sign a petition, and record a video message to send straight to decision makers in Canberra.

Adelaide Healthy Rivers Ambassador and river ecologist Dr Anne Jensen said it was hoped the meetings “would motivate community members to speak up in support of a strong, fair Basin Plan to keep rivers flowing and healthy enough to support all communities, upstream and downstream.”

In the wake of scathing media reports about alleged corrupt behaviour and water theft by “rogue irrigators” it is hoped the Healthy Rivers Roadshow events will galvanise community members to stand up and make a real difference for our precious rivers.

Conservation SA Chief Executive Craig Wilkins said, "At a time when the Murray-Darling Basin Plan is under attack, and revelations about dodgy behaviour by upstream irrigators continue, it's never been more important for South Australians to stand up in defence of a healthy Murray." 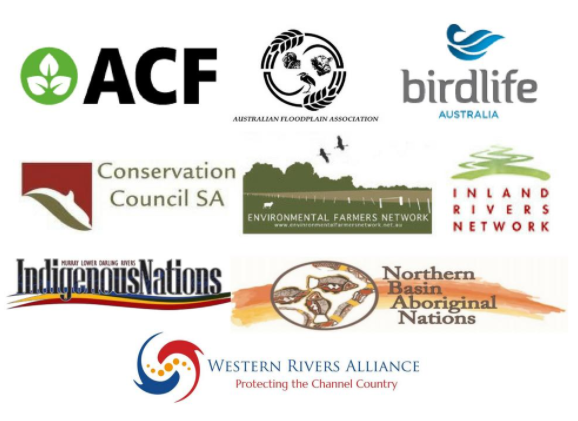