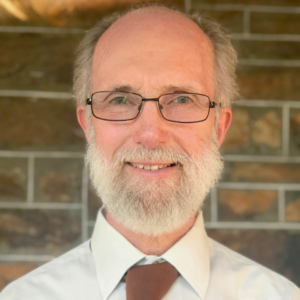 1. Do you support oil exploration in the Great Australian Bight?
No. AJP is opposed to all extension of fossil fuel use and wants a rapid phase out of current fossil fuel use.
2. Do you accept that, regardless of the actions of the other nations, Australia should reduce its greenhouse gas emissions to net zero as soon as possible, including those from fossil fuel exports?
Definitely.
3. Do you support a ban on all new fossil fuel exploration in South Australia?
Yes.
4. If you are elected to be the next representative for the people of Boothby, what actions will you take to ensure the Australian Government and Parliament deliver real and meaningful action over the next 5-10 years to reduce Australia’s greenhouse gas emissions across the energy, agriculture and transport sectors?
AJP is the only party committed to a phase out of Australia's largest climate forcing ... (link). The model is tobacco. We no longer produce tobacco in this country, we paid the farmers to transition to other products. That's our goal with animal agriculture. Overseas, many people are investing in plant-based meat replacement products and it's high time Australia did this also.  Part of the problem is that our environmental movement has been soft on animal products for decades, despite abundant evidence of its damaging impacts, not just on the climate but on the Great Barrier Reef, and the Murray Darling Basin. It is only by rapid destocking that we can reforest the large areas of land that are required to draw down carbon at scale.
Transport will be tough. Globally we produce and sell about 90 million cars a year. The entire global capacity for EV batteries is currently about 2.6 million. And half of the world's cobalt used in Li-Ion batteries comes from the DRC where about 40,000 children work in mines producing it. That highlights the problem. That battery production capacity is expected to hit about 12 million batteries by 2028.  Every battery that goes in a house means less capacity for EVs.  We will need all the battery capacity we can need for vehicles because there are so few alternatives ... hydrogen (via ammonia) and synfuels will also be required, but we will need a clean source of hydrogen. Currently most of the world's hydrogen is formed from natural gas. Wasting batteries in houses will make the transport problem that much harder to solve. And we need to get those children in the DRC out of the mines! Switching to an alternative battery technology might cost us another decade.
Electricity is the easiest of the three problems but unfortunately many environmentalists support all and only renewables ... regardless of how dirty they may be. For example, bagasse is renewable but generates over 200 gm of CO2 /kwh when burned for electricity. i.e., it isn't clean but it is renewable.  In Australia we get over 200 PJ from biomass burning (all filthy and all renewable) but just 30 from Solar PV.
The global situation is similar but worse ... globally most renewable energy is filthy (it is either biofuel or hydro ... some hydro is pretty clean but plenty isn't and much of the world's hydroelectricity is an environmental disaster).  AJP supports any clean energy (zero forcing or very close).
5. What will you do to deliver a solar thermal with storage plant in Port Augusta?
Solar thermal with storage is clean. I don't have the financial details of why the proposal is currently stalled, but we would commit to finding out with a view to getting it moving. As a one-off (or few off), this project is fine. But there are serious scaling problems with the technology and its death toll on birds needs urgent attention (the problems need to be fixed). Global fertiliser production (the salt mix used for storage) is only a few million tonnes and scaling it up to cope with a major roll out won't be simple. The additional mining and chemical processing is certainly possible, but not particularly desirable.
Go back to our work