Traditional Owners, community and environmentalists are stepping up the fight against a proposal to bring to SA a risky underground gas process that caused the greatest pollution event in Queensland’s history.

Earlier this week the SA Government issued the second of three approvals for a trial of Underground Coal Gasification at Leigh Creek by Leigh Creek Energy to proceed.

Today community members from Copley took to the street with a banner ‘Sacred Land. No UCG. Gas off now’. More public protests are expected shortly. 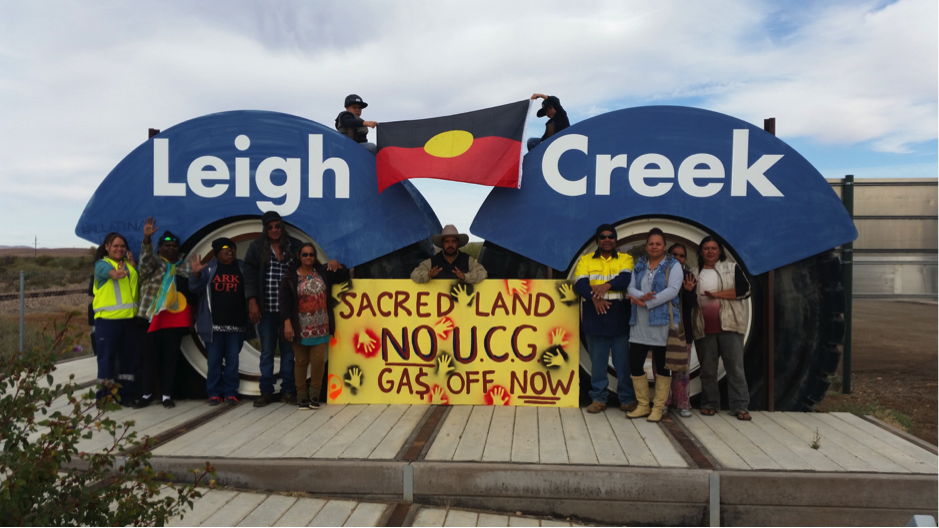 “It is not surprising that the community is concerned and expressing this level of opposition… they have seen the damage it has caused in Queensland and are alarmed it’s being brought here,” said Conservation SA Chief Executive Craig Wilkins.

“There is a lot of community anger about this. It’s been rapidly building and is now starting to spill out onto the streets. The Marshall Government needs to listen to Traditional Owners, environmental experts and the community and reject the proposed trial.

UCG (or in situ gasification) involves setting fire to underground coal to extract gas. In April 2016, the Queensland Government banned UCG after the worst contamination event in the state’s history at the Linc Energy UCG plant at Hopeland.

The Adnyamathanha Traditional Lands Association made the following statement at their AGM in March: