Conservation SA's Fauna Officer, Julie Schofield has recently been out in the field as part of the Fleurieu Swamps and Mount Lofty Ranges Southern Emu-wren Recovery Program. To share some of her passion and dedication with you, we asked her a few questions.

WARNING: It may take you longer than five minutes to read this! 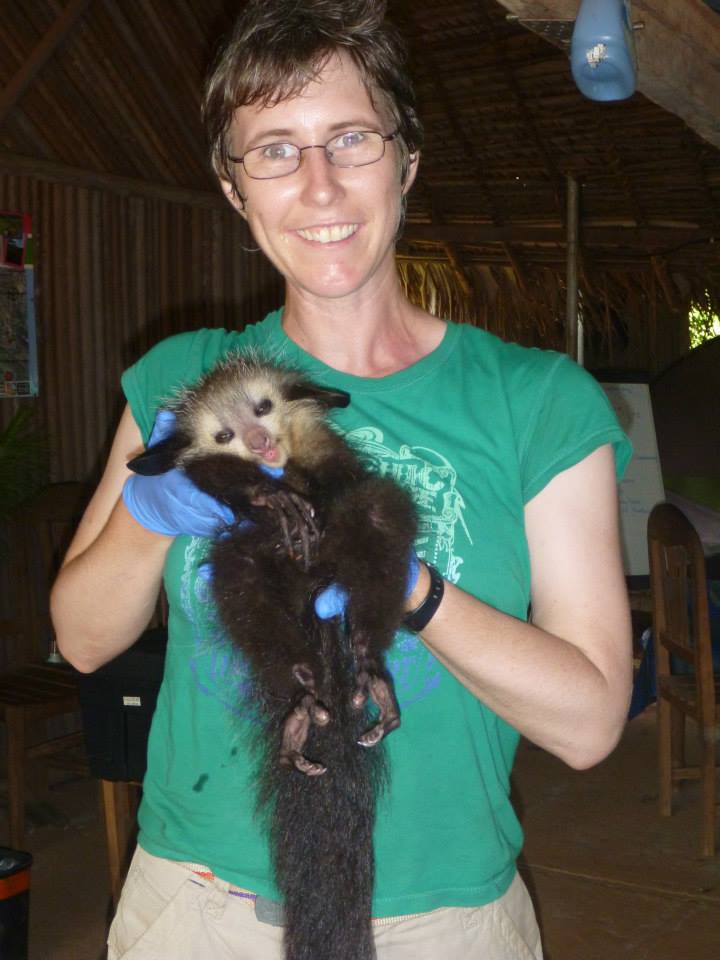 What is your greatest achievement?

I don’t know. But the three things I am most proud of are:

Working with a great team of people on the Pygmy Bluetongue lizards and completing my PhD on them (the lizards not the people).

Being involved in organising a press conference for Sir David Attenborough to talk about the Pygmy Bluetongue Lizards (media and people were waaay out of my scope as a budding scientist).

And finally, setting up a survey to look at reptile and amphibian responses in different vegetation regrowth stages. The project was in Madagascar, where I didn’t speak the language and travel was difficult. I was completing the project under time and under budget and in such a way that it could be re-surveyed later to detect changes over time (plus I was lucky enough to mentor 3 Malagasy students in their projects and teach them the finer points of animal handling and research).

What makes you want to work in the environment sector?

The thing I enjoy most is helping people learn more about nature and helping them discover, maybe not the most important things, but the cool little quirks that get them hooked or further their understanding.

Why did you want to work in the environment sector?

I can’t imagine doing anything else. I guess it was the desire to work with animals but not as a vet or a zoo keeper. But now it’s bigger than that - I recognise the importance of different and varied habitats and all the wonderful little things that they contain, and wouldn’t it be great to keep them so other people can find wonder in them too?

What do you love most about nature?

What is your favourite plant or animal and why?

Hard, hard question.  If you twisted my arm and asked me for a short list it would be

Mountain pygmy possums (they got me into threatened species), Western Pygmy Possums (so cute), Thorny devil lizards (so many cool adaptations), Droseras (sundews, they have sticky bits that trap bugs), Prostantheras (especially the scarlet mint bush, its red and it smells good) and slime moulds (they are AWESOME, no seriously). And that’s just for Australia, don’t get me started on the rest of the world. Oh and fat tailed dunnarts and…………

What is your area of expertise?

Crikey, I guess it would be threatened species? I think I am a pretty good generalist when it comes to ecology.

Who/what inspires you to keep fighting for the environment and why?

The person who has inspired me most is Sir David Attenborough. He is the ultimate communicator and allowed people access to things and details in nature they would have otherwise never seen.

Mostly I keep fighting, because I don’t want to see things lost and to be able to share what we have with other people.  I’m sad I never got to see a gastric brooding frog (it keeps its babies in its stomach how cool would that be to see??) or Quolls in the Adelaide region. How much are we missing out on learning? And how fortunate are we to have the things we still have!

What is your favourite quote?

Probably my favourite quote is: “We are all in the gutter, but some of us are looking at the stars” - Oscar Wilde.

If it’s to do with my career then it is probably: “If I have seen further it is by standing on the shoulders of giants” - Isaac Newton. As I have met, worked with and learned from many amazing people and for that I am grateful.

Final quote would be: “It is a mistake to think you can solve any major problems just with potatoes” - Douglas Adams. Because it’s just sound advice.