A huge turnout at a snap May Day protest at the Murray Mouth sends a clear message to Canberra and the upstream states ahead of a critical vote in Federal Parliament on the full delivery of the Murray Darling Basin Plan, says the state's peak environment body.

“We are frustrated and angry that we need to be here once again at the mouth of the Murray standing up for our state's fair share of water.

“But our state’s trust in the Plan has been rocked by a mounting body of evidence of illegal and dodgy behaviour upstream.

“So we are back here again to remind Canberra that South Australians will accept nothing less than the full delivery of 3200GL we were promised,” he said.

Next week the Senate will vote on a motion by Sen. Sarah Hanson-Young to disallow a major cut in direct environmental water under the Plan in return for 37 ‘Sustainable Diversion Limit’ or SDL projects that are meant to deliver ‘equivalent’ outcomes.

“While there are so many questions about the integrity of the 37 SDL projects and how much real water – rather than ‘ghost’ water – is actually in the system, it makes sense for any proposed cut in environmental water to be put on hold.

“We urge all South Australian Senators to back Senator Hanson-Young’s motion until they can be 100% confident the Plan – and the billions of dollars invested so far – is delivering what has been promised,” said Mr Wilkins.

The protest also comes as the SA Murray-Darling Royal Commission releases an Issue Paper questioning the legality of a Plan that has so far attempted to ‘balance’ economic, social and environmental outcomes, ahead of securing the River’s health.

“Last night’s statement from the Royal Commissioner is timely and welcome.

“For years, scientists and other community experts have been ignored when arguing that the Murray-Darling Basin Plan must prioritise the long term ecological health of the River ahead of economic and social outcomes.

“Yet it’s plain common sense: a dead River sustains no one.

“It seems now the law agrees. This intervention by the Royal Commissioner has the potential to radically change the debate.

“Any genuine Plan for the Murray must have our greatest River’s long term ecological health as its number one priority,” he said. 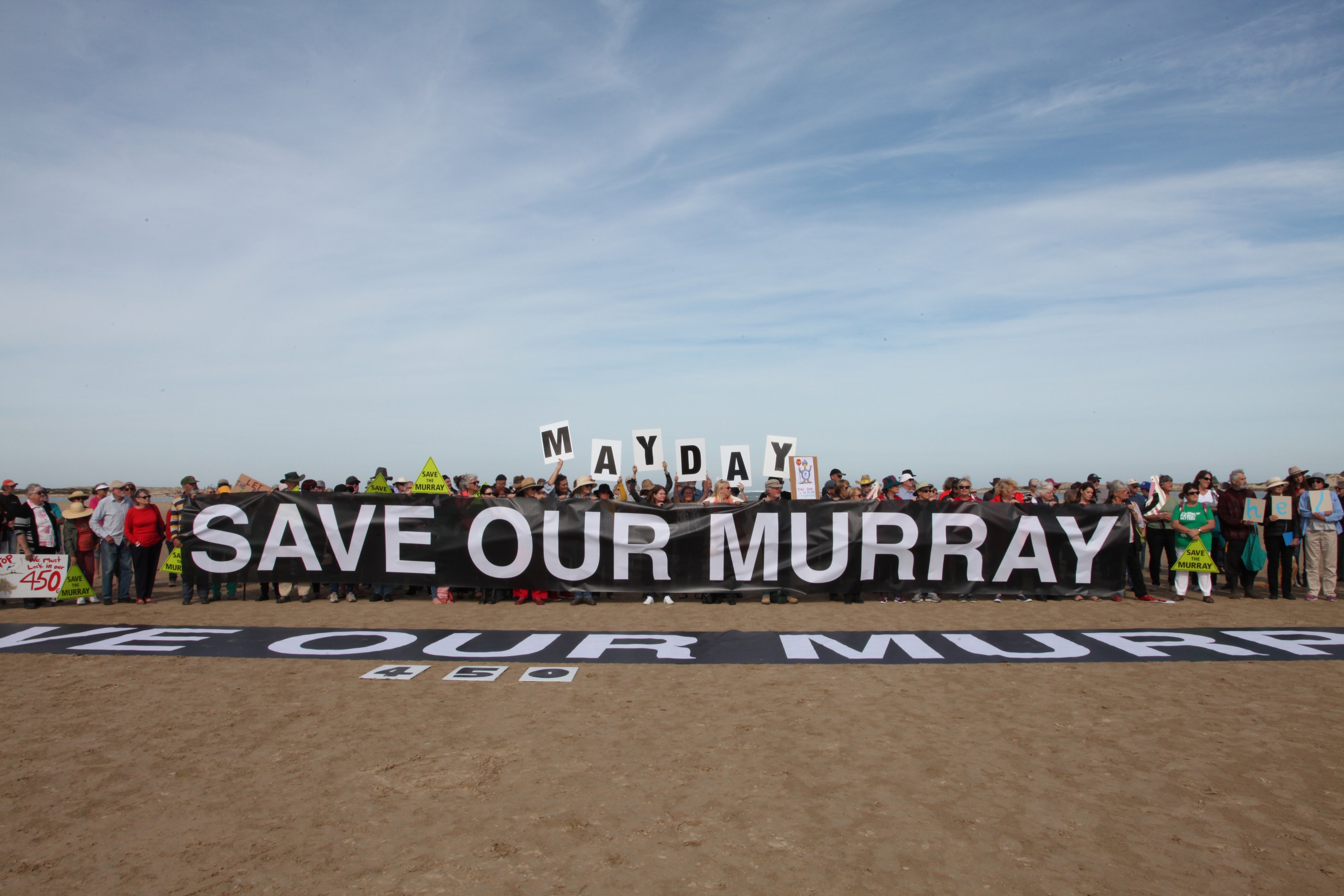