Conservation SA is thrilled to report that Michael Brisco (founder of Bikes for Refugees, based at our home The Joinery) was recently awarded the 2017 Joy Noble Medal at the 2017 South Australian Volunteer Awards. The Joy Noble Award is the highest accolade for an individual volunteer in South Australia, and was presented to Mike at a ceremony at the Adelaide Town Hall on 12 June.

Bikes for Refugees started when Mike answered an appeal in 2003 from Conservation SA member group The Bicycle Institute SA (BISA) to donate some bikes for four refugees who had just arrived from Africa. 12 extra bikes were donated and — after some fixing — Mike contacted the refugee council, who were able to put them to use.

In 2015, Mike brought what started in his garage to The Joinery.

“It’s a nice environment here," he said. "The Conservation Council has always been supportive of our recycling, and what we do here.” 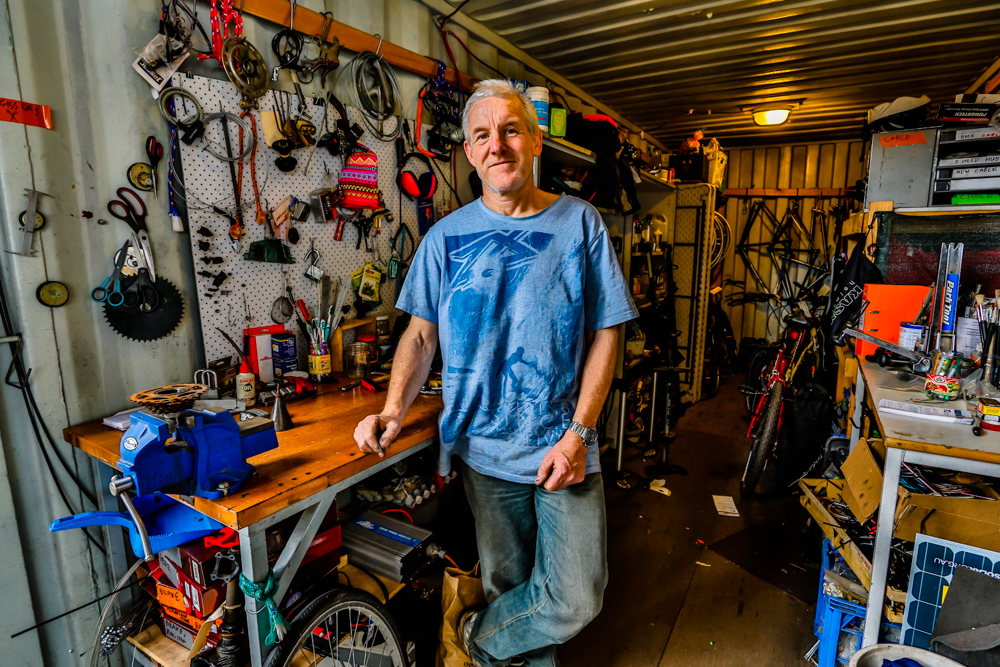 Mike volunteers full time, receiving bike donations of all conditions, fixing parts and eventually "putting bikes back on the road." Alongside him at Bikes for Refugees are a group of around 20 other volunteers, which amounts to approximately two-and-a-half full time workers.

“You see a bike that you know with a couple of hours work will be working again, that would otherwise just end up as scrap metal, he said.

Mike’s expertise and drive has enabled many members of the community to transport themselves across Adelaide.

On weekends, you can find Mike with 25 bikes lined up for people to test out and take home, with visitors coming along to donate, buy parts and fix their bikes.

Conservation SA is proud to work alongside such a hard-working individual, and congratulates Mike on his award and achievements.

To support Mike's work, to donate a bike or to learn more about Bikes for Refugees, visit their website.