Kathy has a beef property of 400 acres – around a third of which is fenced off, not all of it for Swamps.

She joined the Recovery Program February 26th in 2014 but has been on her property, which is currently leased out, for 21 years.

Before joining the Program, she had already done a lot of work fencing off the swamps but she wanted to get involved to work collaboratively to understand and protect the swamps.

Kathy says that one of the best parts of the program has been lifting her interests and becoming more aware of her swamp, as well as meeting other like-minded people.

But she says the rewards have really been seeing the changes in her swamps.

“We’ve had areas that haven’t been fenced and they’re just pugged up and horrible and year after year they were nothing.”

“Just seeing that fencing, what that can do alone – without any planting, anything being done – that natural habitat coming back again and all the birdlife and insects and everything and the waterways stay clean – I think that has probably been one of the biggest benefits for me.”

“Making me realise, that actually, by protecting it, just fencing it, it can actually come back! That for me has probably been one of the biggest thrills to see – that it’s come back to something spectacular,” she says.

Kathy loves the birdlife in the swamps but she says if she sees an Emu-wren that is going to be her favourite!

Let’s hope she gets to see one. 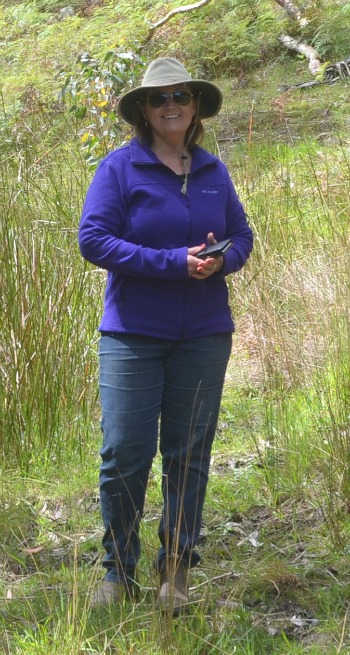