Ready and waiting for Emu-wrens!

Kym is a hobby farmer with around two kilometres of swamp on his family-owned property at Parawa.

Prior to inheriting the property, Kym says the property was the “playground of my father since about the late 1950s”.

As the property had not been commercially farmed since the mid-70s, when Kym inherited it in 2003 it had substantial regrowth and pines spread throughout.

He was approached about fencing off the Southern Fleurieu Swamps on his property to protect the Mount Lofty Ranges Southern Emu-wren and he said it “sort of kicked off from there”.

“So that ended up – we put 400 acres or around about 160 hectares under a heritage agreement,” says Kym.

Although Kym doesn’t think he could be described as a conservationist, he says “I have developed an interest in the conservation side of the property just as much as the hobby farm part.”

In fact, Kym says that the conservation side would be the biggest benefit of having swamp on his property.

“You can go in there in the middle of summer when the paddocks are just dusty dry and the swamp is absolutely verdant green – it’s an absolute menagerie of nature, whether it’s dragonflies, birdlife, we’ve got the resident eagles in their nest within our swamp – it’s a magical place.”

“It’s nature and its yeah, it’s quite enchanting.”

Whilst Kym hasn’t been lucky enough to spot an emu-wren as yet, some very rare orchids, such as Fleurieu leek orchid (Prasophyllum murfetii), have been found in his swamp.

“We have the people from the orchid society come down every couple of years and I think the last time they endeavoured to try and get some seeds so they could try and propagate them,” says Kym.

As well as orchids and eagles, lizards, including Rosenberg’s goanna, have been sited on his property.

Kym says “If the emu-wrens want to come back – they’ve got a nice safe habitat [here].”

“There’s a few down at Deep Creek, if they want to have a quieter life away from all the picnickers, we’re only a few kilometres up the road!” 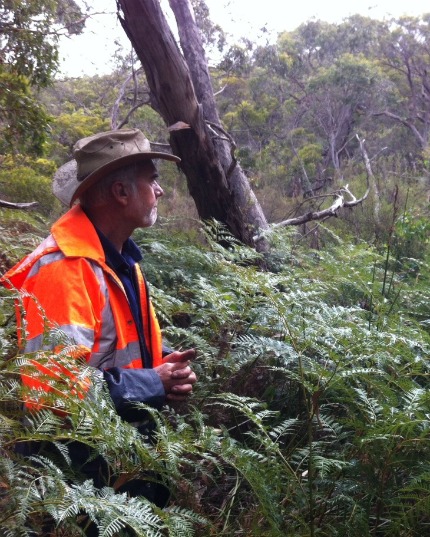