Australia’s capital cities are where most of our population is concentrated. They are also particularly vulnerable to urban heat island effect – the build up of dangerous heat in streets and neighbourhoods during the day and night. 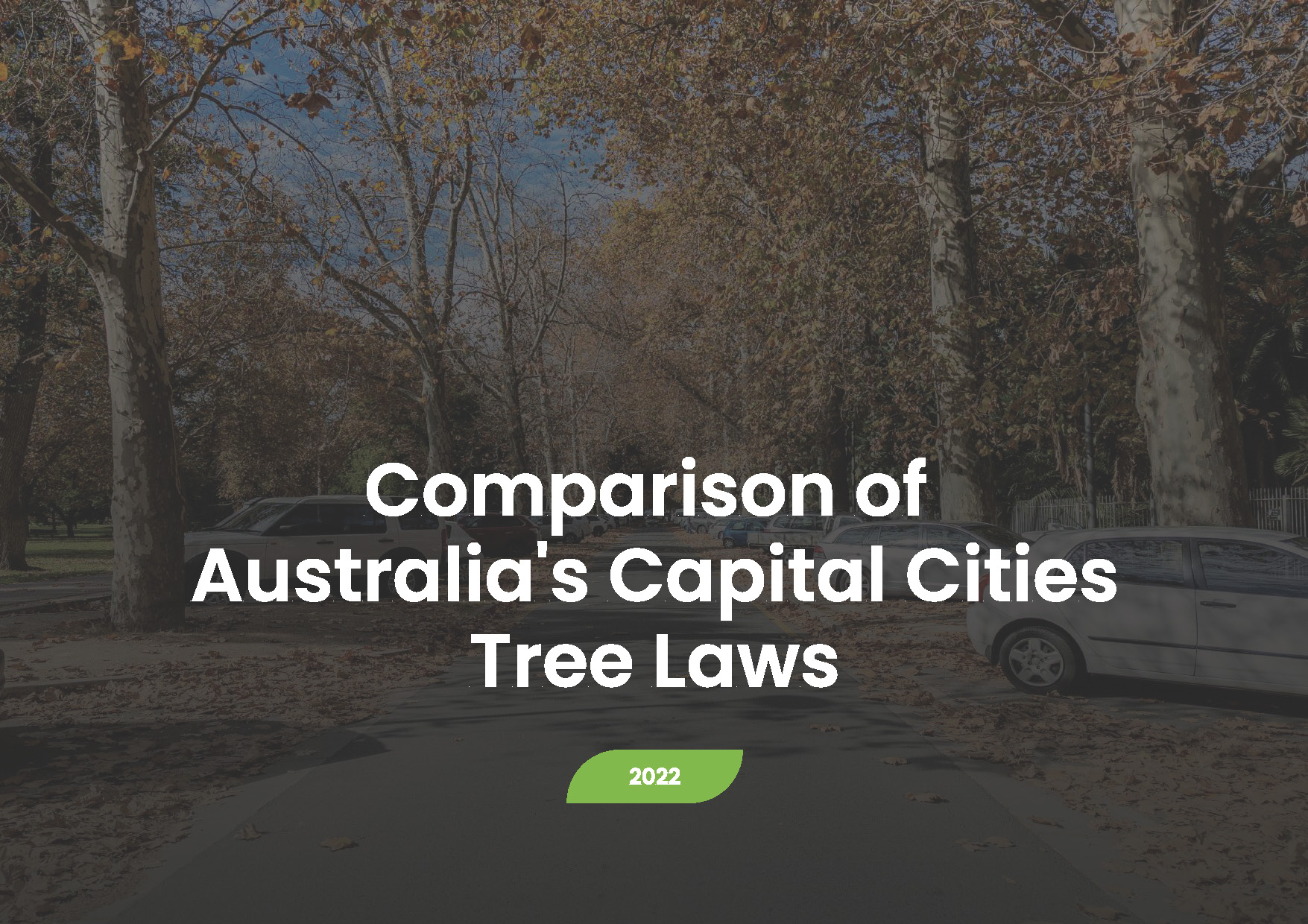 With most of the space filled with bitumen and concrete, they present some of the most difficult Yet maintaining and expanding tree canopy is essential to the health and wellbeing of city residents and workers as the climate warms.

Our capital cities are also climatically diverse, with not only varying average temperatures but also significant variation in seasonal rainfall.

The City of Adelaide has the lowest average rainfall and some of the highest temperatures of any capital city in Australia. This presents a substantial policy and practice challenge to urban greening.

This report is an addition to the “Comparison of Australia’s Tree Laws” published in 2021, designed to look specifically at the tree protections in place for Australia’s capital cities.

Whilst the City of Adelaide is blessed with world renowned
Park Lands which contribute significant tree canopy coverage, disappointingly, we have the third lowest tree canopy cover, at 23%, of all capital cities in Australia. Well established links between urban density and tree canopy show that typically, the higher the density, the lower the levels of tree canopy.

Despite having a population density over 5.5 times less than the City of Sydney and almost three times less than the City of Melbourne, Adelaide lags behind both these cities in terms of canopy cover on a per capita basis. Adelaide’s population density does not justify the low level of tree canopy that we currently have.With the exception of the ACT, South Australia is the only state that sets uniform tree protection laws across all councils. As these laws are some of the weakest in the nation, the City of Adelaide is constrained in its ability to retain and improve tree canopy.

Thankfully, according to the RMIT/Better Places, since 2016 the City of Adelaide has experienced a small increase in tree canopy cover of 1.6%. In 2022, further data will emerge for Adelaide as a comprehensive LiDAR analysis, facilitated by Green Adelaide, will provide the first update on tree canopy since the  initial LiDAR scan in 2018.

Law reform is urgently needed if Adelaide is to have any chance of catching up to the level of protection afforded to trees in other capital cities.